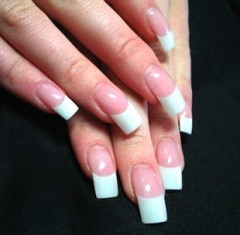 According to Nails Magazine, the french manicure is probably in no ways French and was created to be done on short nails to mimic the natural look of healthy groomed nails and would thus match any outfit.  First of all, Nails Magazine. Second of all, the French manicure has evolved into something real tacky, along with most other nail art.

I won’t lie, I rocked a french tip in my teens and early 20s.  More specifically, I rocked an airbrushed French tip, because I was ghetto. My 1994/95 look was not dissimilar to this:

There were great advances in nail technology in the late 80s/early 90s that permitted the above glory to be accessible to the average lady off the street.  All we had before that was the at-home kit, and let’s be honest, I could do a better job with a bottle of white-out. 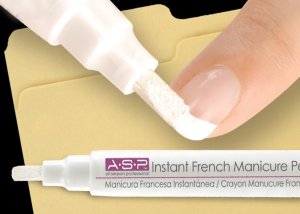 I don’t know when getting your nails did became a thing.  Were there even salons specifically for nails until the mid-80s?  Now they are eveywhere and cater to every taste, particularly if your taste is vulgar.  I will leave you with this, which… I feel sick. 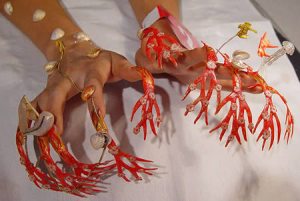